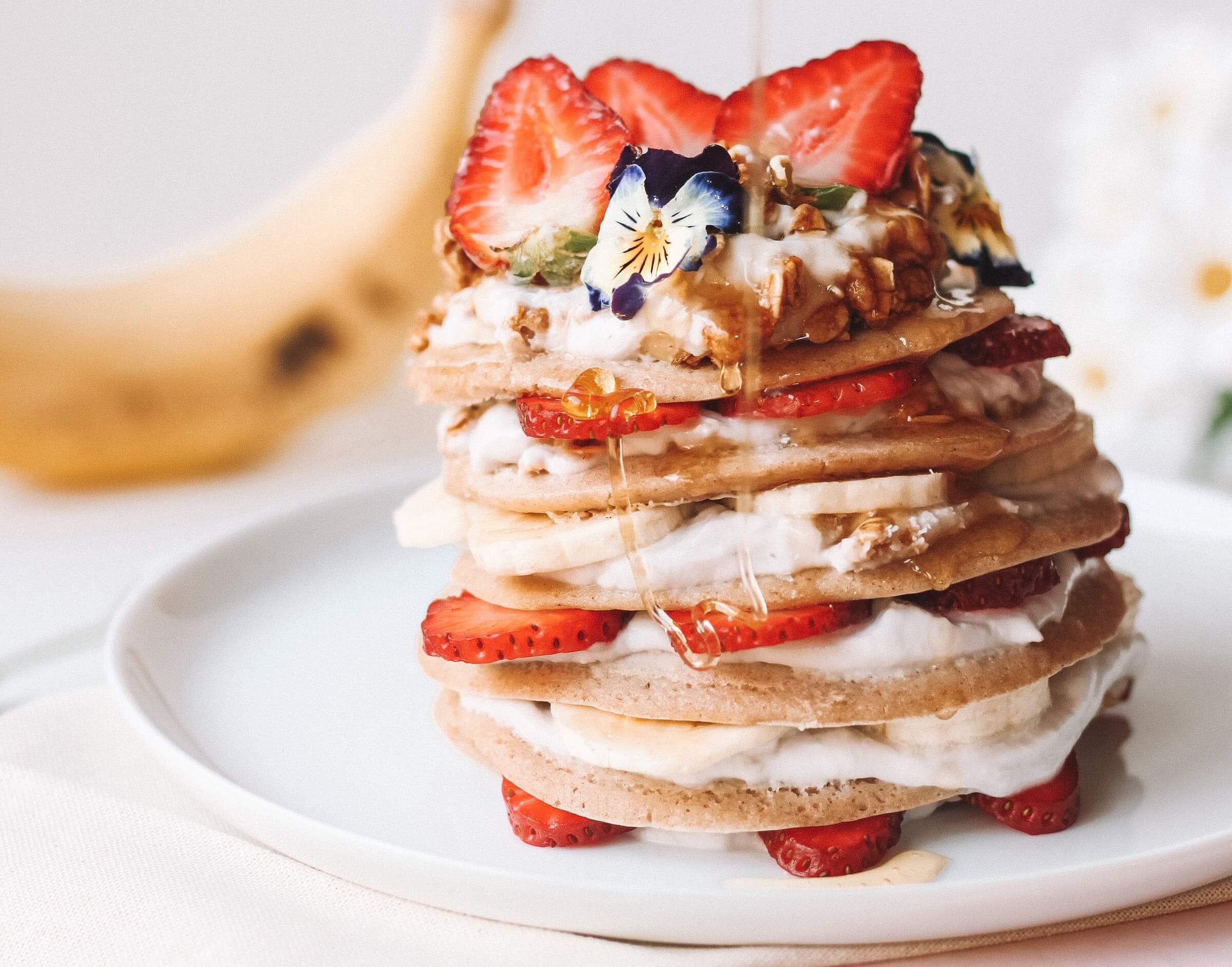 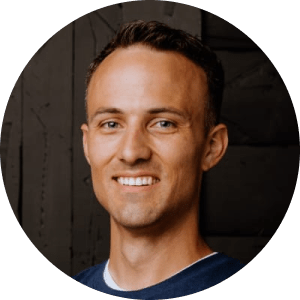 When you're building a web application, in addition to the web framework you're using and all the tooling associated with that (which Remix is happy to provide), you typically need a CI/CD pipeline, a database, and a hosting platform. Lots of our early adopters are frontend developers who aren't accustomed to deploying app and database servers. And frankly even folks who are accustomed to it often don't enjoy the process of getting things set up.

When lightning has struck 🌩 and you're ready to start coding your new mind blowing idea 🤯, the last thing you want is the tedious process of setup to get in between your inspiration and deploying your app. And when that idea turns out to be a great one, nobody wants to deploy that rushed setup to production.

That's why we're excited to announce the release of Remix Stacks: the easiest way to get your Remix application started and ready to deploy! 🥞 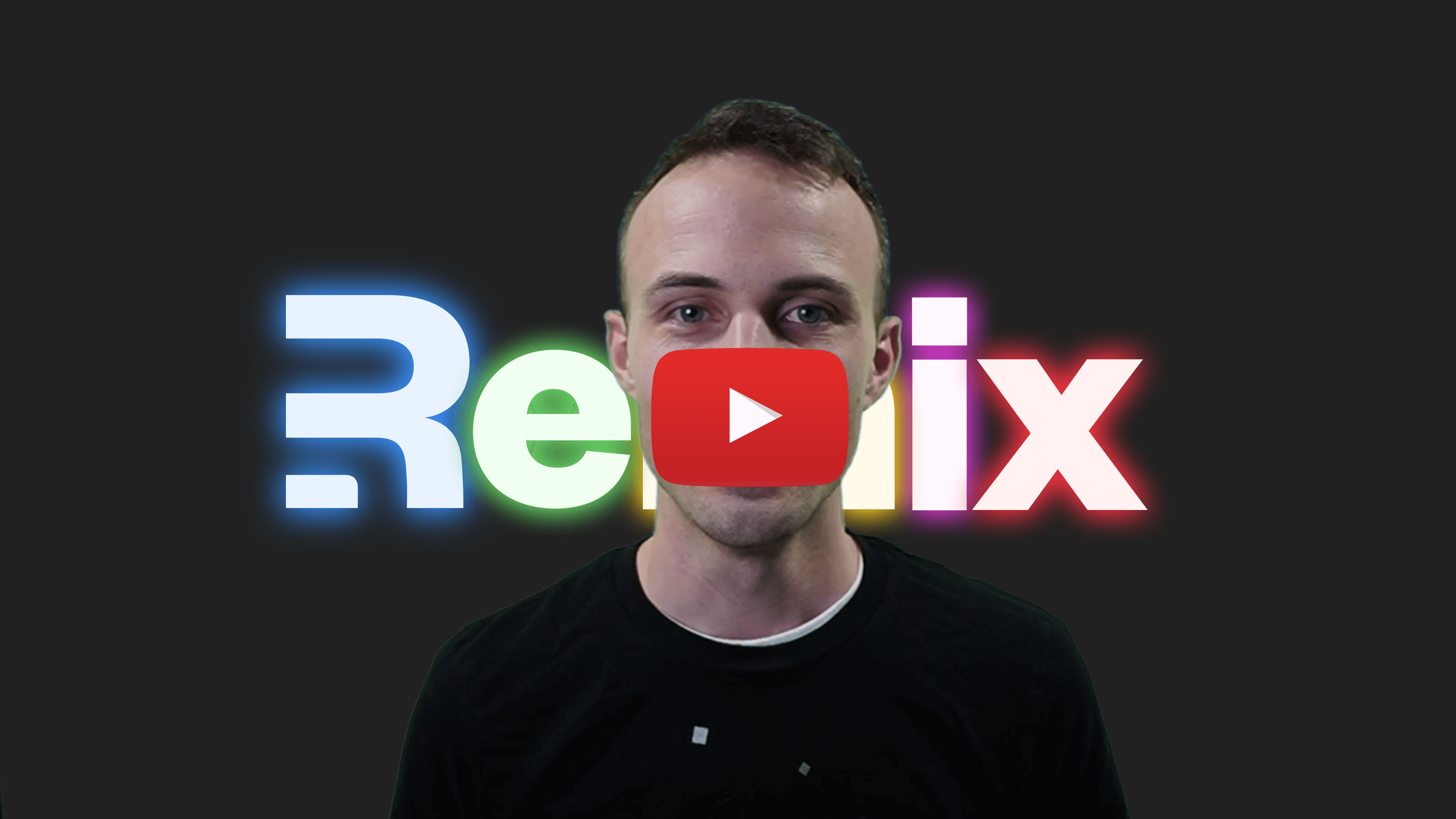 In just a few minutes, we can get your app off the ground and ready to deploy all wired up with a CI/CD pipeline, connected database with a basic data model (via prisma), and even user authentication! It also has tools setup for development like Tailwind, TypeScript, Prettier, ESLint, Cypress, MSW, Docker, vitest, Testing Library, and more!

With this release, we're excited to give you three stacks, with more on the way: 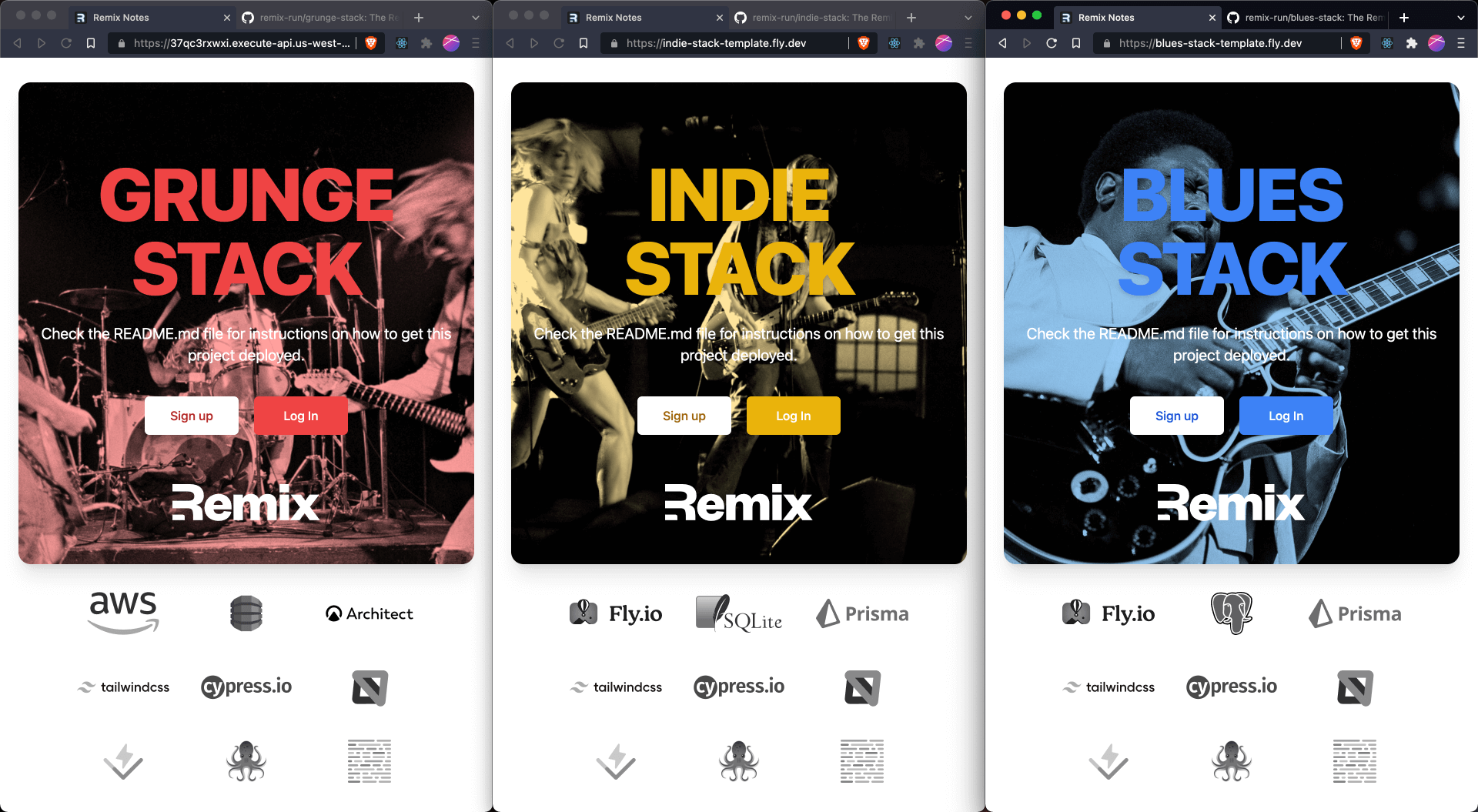 Watch me speed-run through deploying the Indie Stack to production in less that 2 minutes:

Or, watch the same thing, except deploying the Grunge Stack to AWS

Yes, they're named after music genres 🎶🎸🎷🥁

For all of these stacks, all you do is run the normal npx create-remix@latest and choose them from the CLI. This will generate your project for you and then just pop open the README.md to get things running! In all cases, you get a full app that's ready to develop locally and deploy to production with automated GitHub actions. It even supports a staging environment for your dev branch!

We even have all layers of the testing trophy setup for you! With TypeScript/Prettier/ESLint handling the static portion of testing, Vitest handling the unit bit, and Cypress/Testing Library/MSW handling the integration/E2E bit! In fact, we even have a custom cy.login() command that allows you to hit the ground running with tests requiring authentication. And there's already a test in place for testing user registration and authentication. Get started on the right foot and code your ideas with confidence!

We know that many of you at larger companies already have deployment environments and preferred databases. You have your own prettier and ESLint configs too. So we've built this feature in such a way that you can create your own stacks. Fork ours or create them from scratch. Then you can use the --template flag of the Remix CLI to generate a Remix project based on your own template! It even works from private GitHub repos, URLs to tarballs, and more. And we've got an ability for you to customize the initialization and auto-remove TypeScript for folks who don't want the extra help.

We fully expect the custom stacks to get a LOT of use. We think most people will use custom stacks than the ones we build for you. Feel free to fork and modify whatever you like. Read more about creating custom stacks from the Remix Stacks documentation. Check out how quickly you can create a custom stack in Make your own Remix Stack:

Let your imagination run wild with this. We think it's going to be a big hit. Here are some ideas of things you could use the --template flag for:

So much possibility here to help engineers hit the ground running to solve their own problems.

At Remix, we're fiercely committed to improving the user experience (UX) of your web application. Because developer experience (DX) and your productivity are an important input into that UX, we're working hard to make that excellent. And we're definitely not finished.