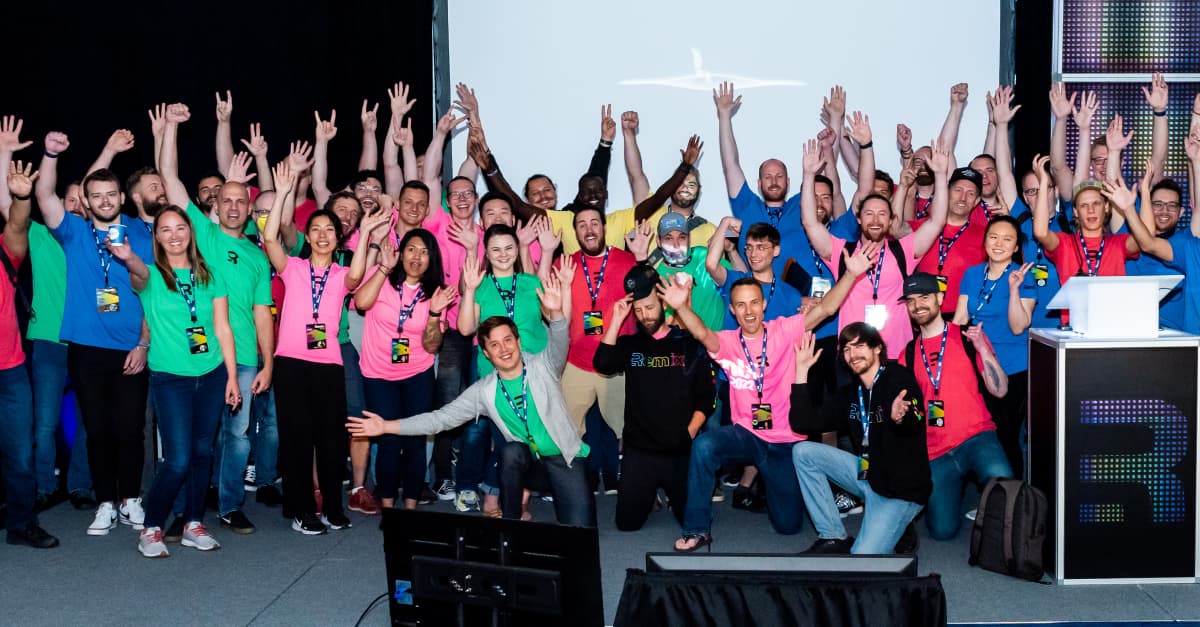 OSS Capital's Joseph Jacks, who led our seed round of funding, said something that has stuck with me ever since he said it:

You are building something that is generationally important

I believe it. But Remix can't become a generationally important technology without being community driven, and it can't be community driven if it's not developed in the open.

Today we are completely opening up our development process.

Our Roadmap is now public. It's a GitHub project that shows what we've got planned, in progress, pre-release, and recently shipped. You can easily see if your bug is getting fixed, your pet feature is coming soon, or know when you can try out pre-released features using our nightly builds. 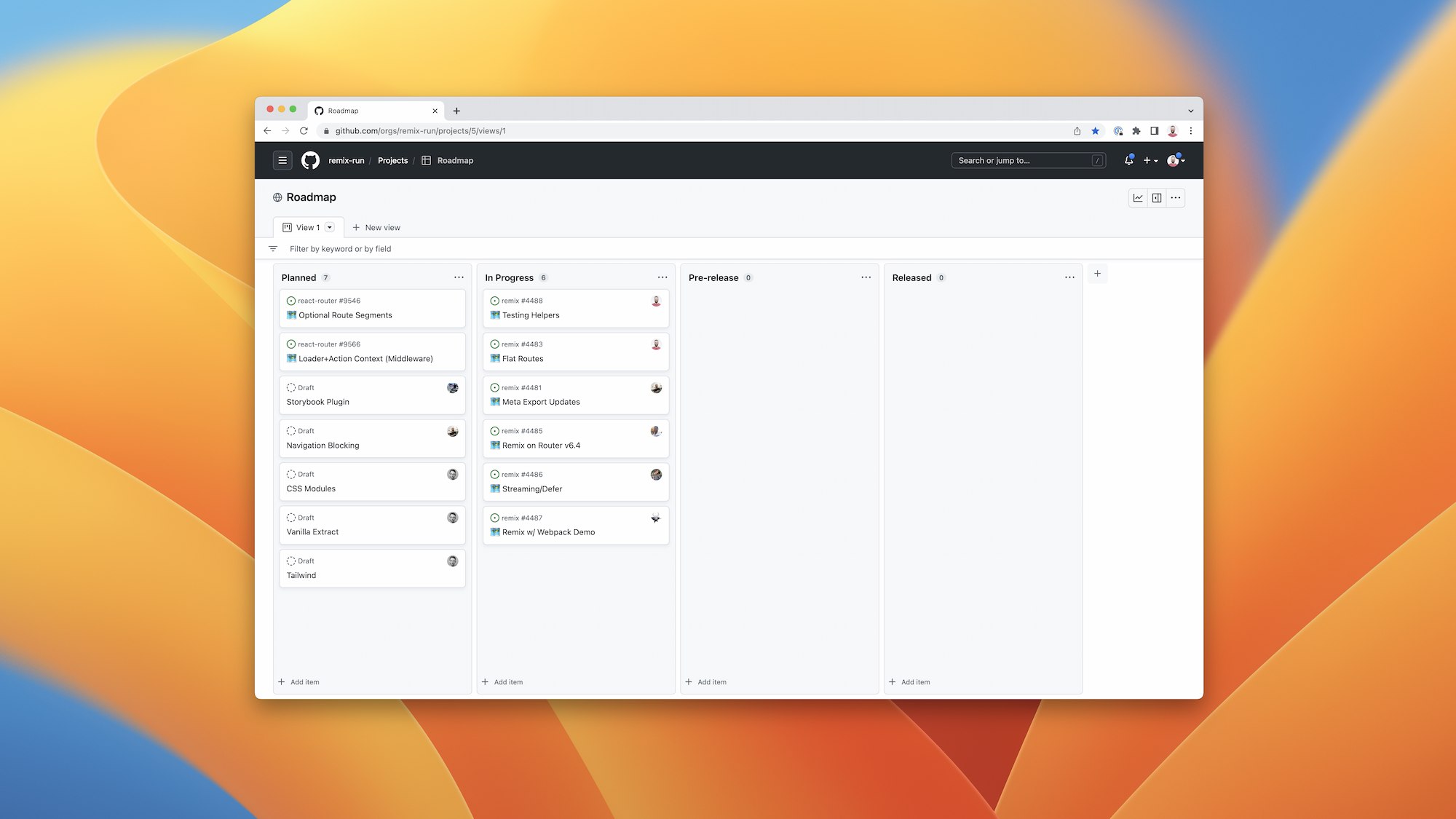 To make our development community driven, we'll be doing all of our planning in the open and encourage developers using Remix to participate. Here's how features get into the Roadmap.

For more details on how to participate, see the Contributing Page.

Not only is the development opening up, but we'll be live streaming our Roadmap Planning meeting too: